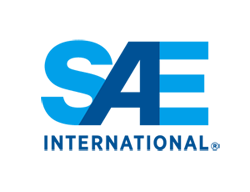 SAE Paper # 881825 © 1988 SAE International. – This paper is published on this website with permission
from SAE International. As a user of this website, you are permitted to view this paper on-line, download
this .pdf file and print one copy at no cost for your use only. The downloaded .pdf file and printout of this
SAE paper may not be copied, distributed or forwarded to others or for the use of others.

AC Spark Plug and Detroit Diesel Corp. performed a joint study of the relationship between the level of
engine oil filtration and Engine wear rates, and found finer filtration reduced the rate of Engine wear.
Diesel and Gasoline Engine wear rates were established by building a Diesel and Gasoline Engine with
fully inspected wear components and inspecting them after the test. In both Engines, the upper and lower
main bearings, oil rings and compression rings were inspected. In the Diesel Engine, the cam lobe profile
and cylinders were also inspected, while the piston pin bushings, piston pins and cylinder liners of the Gasoline engine were inspected.

The total test duration was eight hours. To accelerate wear, 50 grams of AC Fine Test Dust was added, in
slurry form, to the crank case every hour.

The researchers found clearances in the Diesel and Gasoline Engines varied between 2 and 22 Microns
during engine operations. That means particles in the 2 to 22 Micron size range are most likely to damage
Engine parts. Particles smaller than 2 Microns will slip through the clearances without damaging bearing
surfaces.

The researchers drew the following conclusions:

“The Micron rating of a filter as established in a single pass efficiency type test, does an excellent job
indicating the filter’s ability to remove abrasive particles in the Engine lube oil system.”
The smallest particles most popular “full Flow” filters capture with high efficiency are sized 25 to 40 Microns, depending on the filter brand.